Version 6.38 updates the mass of the most abundant isotope for each element used in the Isotopic Distribution calculator to match the monoisotopic masses of the elements

Version 6.34 fixes a bug where I used hydrogen as the charge carrier mass rather than a proton. It also adds the ability to plot charge states > 1 on the Isotopic Distribution Modelling module

Version 6.32 fixes a bug on the capillary flow calculator that occurred when entering 0 for the particle diameter and finding back pressure

Version 6.31 includes a new window that allows one to compute the solvent viscosity for a water/acetontrile (MeCN) mixture using the Chen-Horvath equation

Version 6.30 includes an improvement of the graph that allows for editing of the frame color and frame style

Version 6.29 fixes a bug that caused versions 6.26 through 6.28 to crash on computers where the decimal point was defined as a comma rather than a period (common outside the US and the UK)

Version 6.28 adds the option to define a custom tick starting value and tick spacing for the X or Y axes on the graph component

Version 6.26 has undergone major code updates, including moving all of the primary computation routines to a Dll. It includes a greatly improved Peptide Fragmentation module (including the ability to have modified amino acid residues, for example phosphorylated residues), a highly configurable professional graphing component, improved abbreviation handling (including allowing abbreviations to reference other abbreviations), additional units in the Mole/Mass and Capillary converters, greatly expanded batch calculation options, the ability to subtract elements out of a formula (use the > symbol), and an updated Isotopic Distribution Modelling module which also now uses the new graphing component.

Version 6.22 contains a minor update to the plot window

Version 6.19 adds the option to automatically display a desired module when the program is started.

Version 6.16 adds the ability to submit a text file from the command line containing a list of compounds to compute the molecular weight of, or containing settings for running the Formula Finder routine in an automated fashion, writing the results to an output file.

Version 6.12 contains updates to the Lang_Russian.ini file and some minor bug fixes. Additionally, now allows formulas to start with a number or a dash.

Version 6.06 contains a fix for a minor bug in the Mole/Mass/Dilution calculator.

Version 6.05 contains a fix to a Major bug in the Formula Finder that prevented users from changing values in some of the textboxes.

New in 6.04 is a Dilution calculator to assist in performing dilutions. It can also be used to estimate concentration changes when concentrating a sample via evaporation or sublimation.

Version 6.0 contains numerous improvements, foremost of which is new support for International Languages. Users may now edit a text file to translate all of the English phrases to any Roman or Cyrillic character-based language. The program also recognizes if the computer is set to use commas for decimal points rather than periods.

A utility to convert Amino Acid abbreviations between their 3 letter and 1 letter forms has been added. In addition, the maximum number of formulas that can be displayed simultaneously has been raised to 20 (though this is dependent on your current screen resolution).

The Complete List of Features and entire help file is available for browsing.

Other sites referencing the Molecular Weight Calculator program are: 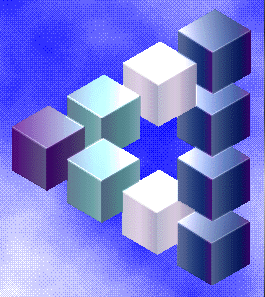 Back to my home page.